According to the Kofi Asare Brako, Psalm Adjeteyfio died at his Ayikuma home two weeks after being diagnosed with end-stage heart failure.

Psalm Adjeteyfio, a renowned Ghanaian actor, stated a few weeks ago that he has been diagnosed with end-stage heart failure, which has indirectly reduced his lifetime. He died this morning at his Ayikuma residence. 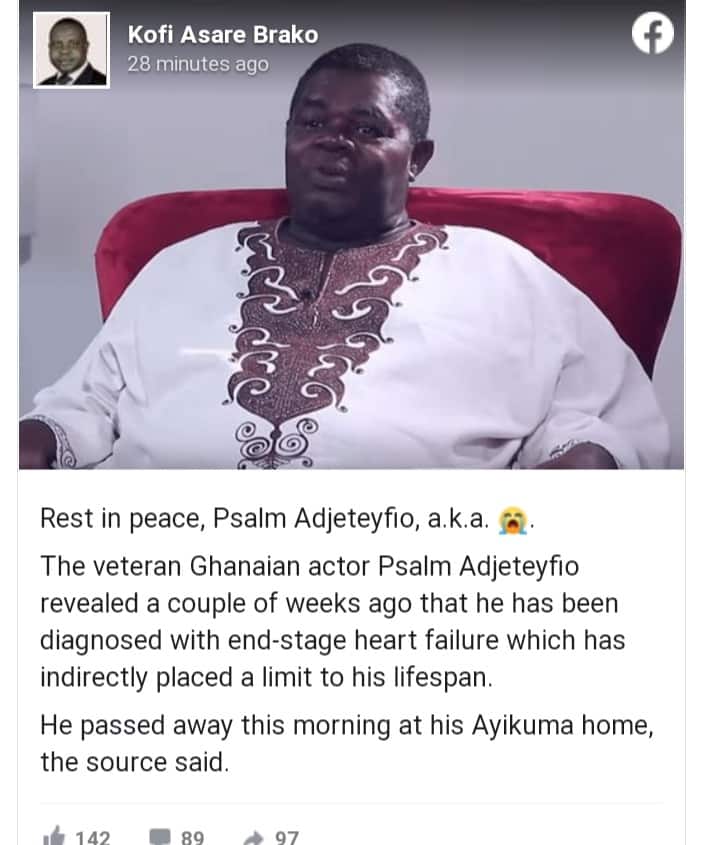 TT was all over the internet around two months ago after his leaked recording with Mzgee in which he was begging for leftover goods went viral.