Ghana paid the Dubai authorities a hefty $68,000 (roughly GHc481K) to light up the world’s tallest structure, the Burj Khalifa.

A few days ago, photographs surfaced from President Akufo-official Addo’s visit to Dubai, when the Emirati government lit up the Burj Khalifa as a sign of welcome.

Many believed that it was a needless gift made by the Emirati government to Ghana.

However, our independent investigations found that the Burj Khalifa is a massive advertising platform in Dubai, where businesses and governments pay exorbitant sums to have it lit in their colours.

The cost of displaying promotional advertising or message on the Burj Khalifa’s façade, according to the marketing firm responsible for the lighting displays, begins at AED250,000 ($68,073) for a single three-minute show. 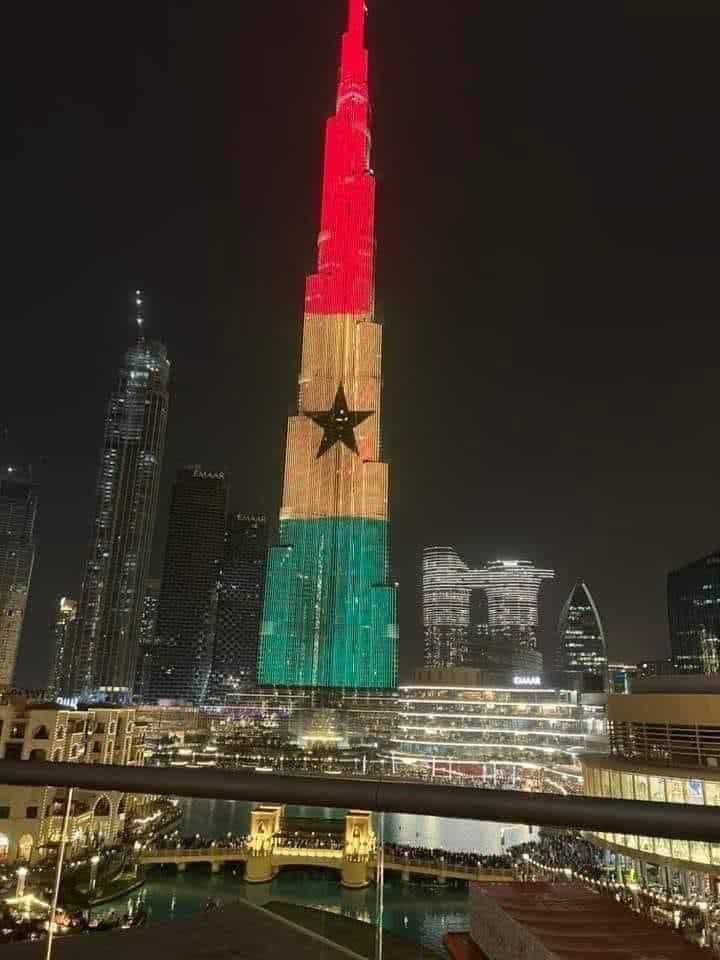 The displays are managed by Mullen Lowe MENA, a Dubai-based marketing firm, and material must be authorized by Burj Khalifa owner Emaar Properties four weeks ahead of the promotion’s start.

While music may be added to the display, the video cannot be synced with the Dubai Fountains, and payment in full (excluding VAT) must be provided in advance, according to the media pack for the façade promotions.

Numerous high-profile advertisements, including those for Noon.com, Cartier, Huawei, and, most recently, Walt Disney, have used the world’s tallest tower’s façade to promote The Lion King and Avengers: Endgame.